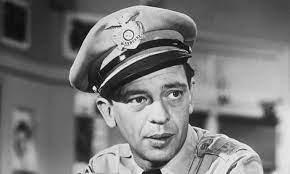 He was Mayberry’s deputy sheriff. A single shiny bullet kept safely in his pocket, a pretty girlfriend named Thelma Lou, and the memorable philosophic advice - “Nip it in the bud.”. all defined the wiry and hilarious character Barney Fife, played by none other than the irreplaceable Don Knotts. For eight seasons beginning in 1960, The Andy Griffith Show gave viewers a reprieve … END_OF_DOCUMENT_TOKEN_TO_BE_REPLACED

This may be the most unusual conclusion to a … END_OF_DOCUMENT_TOKEN_TO_BE_REPLACED

One of my favorite childhood memories comes from … END_OF_DOCUMENT_TOKEN_TO_BE_REPLACED