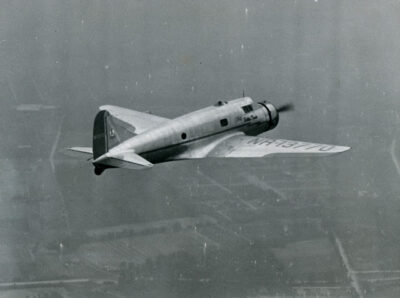 In the early days of aviation, those who took to the skies fascinated the public. Those who broke records or were the first to achieve a milestone often became celebrities. Dick Merrill was certainly one of those. Henry Tyndall (Dick) Merrill was born in Iuka, Mississippi, in 1894. He was a descendant of the legendary frontiersman Daniel Boone. Merrill acquired the nickname … END_OF_DOCUMENT_TOKEN_TO_BE_REPLACED

This may be the most unusual conclusion to a … END_OF_DOCUMENT_TOKEN_TO_BE_REPLACED

One of my favorite childhood memories comes from … END_OF_DOCUMENT_TOKEN_TO_BE_REPLACED