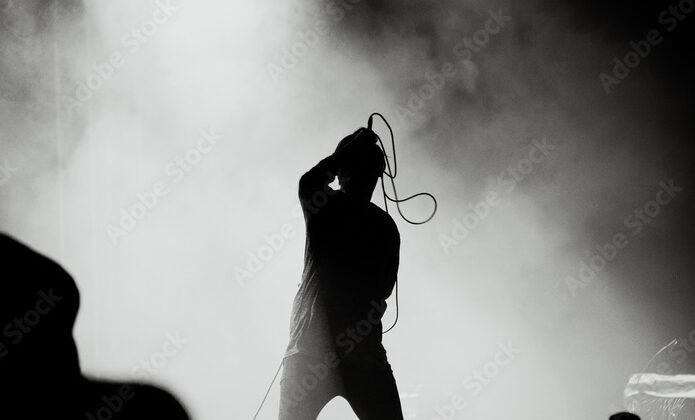 Typically, when you read an after-the-fact article about a rock show, you’ll get served a brief bio of the bands and the evening’s setlist. This isn’t going to be anything like that. Last Saturday night I attended a show that did double duty as a birthday party, dubbed Buford Jam 3. The event was held at the Tannery in downtown Buford, GA.

More than just a show recap, this is a look into the souls and ambitions of a relatively new band, Seven Year Witch, and the staying power of two superstar headlining veteran bands, Molly Hatchet and Mother’s Finest. We wanted to know how they’ve maintained this level of performance for all of these years, what drives them and what they do to provide you with the songs you know and love.

When we walk to a rock show, it’s doubtful any thought goes into what happens to make this all possible. If we skip through all that the promoters and club owners go through before the day of the show, we still have a million pieces to assemble to make it work.

Trying to get three bands moved in, sound-checked, and ready for a show, sharing a stage, is like trying to move three families of four into a one-room apartment. You get the idea. Things get bumped, and tempers may flare, but in the end, the desire to rock the crowd trumps all the headaches. The crews that make this happen make it look almost effortless, which it most surely is not. No matter what, these pros follow the adage, “The Show Must Go On.”

Read the story about how Lynyrd Skynyrd got their name. Click here.

Because of limited stage space and to avoid lengthy delays in moving three band’s equipment, all the groups agreed to use a setup called a back line. This is where an audio company comes in and sets up a sound system, keyboards, drums, etc., that all three bands use. Asking three successful bands to share equipment is like asking Michael Jordan to play in borrowed sneakers, not an easy sell. Why would they do it? Simply because that’s what it took for them to be able to bring their show to the audience.

Seven Year Witch is an up-and-coming young band out of South Carolina. They’ve been working their way up for a few years, have released albums, and just returned from their first West Coast tour, supporting Buck Cherry and Hinder. They packed the legendary Whisky-A-Go-Go and the Viper Room in LA, and their return to Buford marked their fourth show there.

They had their own fans in attendance, but they worked hard for the crowd that was awaiting Molly and Mother’s, too. At the beginning of their set, lead singer Aaron Langford coaxed the crowd forward, then blew them away with a high-energy set, including some impressive back flips from the frontman. Beau Anderson’s scorching guitar and a solid rhythm section from brothers Spencer and Seth Burdon had those in attendance racing to buy their merchandise and download their songs.

Henry Ball saw them for the first time and said, “I saw the Southern Voice article about them last year and thought I’d check them out. Wow. Jim nailed it in the article. Those guys were fantastic, old-school rock n’ roll with youthful energy.” The band has new material coming soon and will make their first ever rock cruise appearance this fall.

And now we’re up to the headliners. We’ve all seen it before. A band that’s been big for decades is showing up on stage and coming across like they’re thinking, “Let’s play this stuff for the one-millionth time and get out of here as quickly as we can.” I get it. Keeping that passion alive for that many years isn’t something most of us could do. The two headliners Saturday night, however, were nothing like that. They played like new up-and-coming bands with something to prove, and the crowd could tell it. There was never, in either band’s set, a lack of energy, and both had the crowds enthusiastically rolling along with them. Joyce Bagley said, “You could tell they enjoyed being on the stage.”

Florida’s multi-platinum selling Molly Hatchet was a phenomenon in the 70s and 80s. At least that’s what we know about them. You may not know that they have been at it continuously since and, under the stewardship of long-term member Bobby Ingram, still tour worldwide and record new music. Ingram’s connection to Hatchet goes back before the band’s beginnings. Ingram gave legendary Hatchet vocalist Danny Joe Brown his first front man job with Ingram’s band, Rum Creek, in 1975. Bobby shared with me “Rum Creek used to tour with Austin Nichols (Johnny Van Zant’s first band) before either of us got record deals. They first crossed paths with Molly Hatchet playing Florida clubs. When Danny left Molly Hatchet to go solo in the early 80s, he called on Bobby to play guitar for his new band. Since Bobby joined Molly Hatchet, he’s been there for 35 straight years. You could say Bobby’s got Molly Hatchet DNA.

There’s much to know about Molly Hatchet and their leader, Bobby Ingram. For one thing, the band has been known to squeeze in dates that aren’t on their tour schedule for an extraordinary audience, the U.S. military. They’ve played for our troops in the Middle East, Asia, and more. Add Bobby’s work with fundraising for missing children non-profits, and you get the picture of a group that gives back.

The band is extremely popular in Europe and Asia, in addition to the U.S. Just after their set ended at the show I attended, they jetted to Connecticut to play at a big biker rally. They’ll be at Sturgis later in August. Then a European and Asian tour will take them through Christmas.

We won’t leave the evening’s music out entirely. Longtime fan John Wallace says of Saturday’s show, “They were nothing but great.” He adds, “They are a hard rockin’ Southern band that is as good today as back in the day.”

Of course, they played Gator Country, Bounty Hunter, Dreams, and the others that the crowd pressed against the stage was there to see. What was unusual was the crowd’s reaction when they added newer material that wasn’t familiar to the crowd. As opposed to the typical “Get back to the stuff we know and love” vibe, the crowd was into them like they were long-term favorites. Younger fans were singing along as well. Bobby says, “We’re seeing different generations of fans.” Our core of veteran fans stick with us, God bless them, and we’re acquiring new fans across the world. It amazing me to look from the stage and see fans in their twenties, just discovering the band.”

A fond memory of ARS. Read the story here.

In their early days, Molly Hatchet was a three-guitar band, as were many of the Southern legends. Today, Ingram handles all the guitar work himself and shoulders the load quite well. The audience rewarded him with raucous applause each time he “cranked it up.”, and the crowd was seriously into a Layla instrumental. With vocals that sound close enough to Danny Joe, a powerful rhythm section, and an energetic stage presence, the audience’s only complaint was they’d like to have had another hour of Molly.

Ladies and Gentlemen, from Funk Rock, Georgia, Mother’s Finest! When you hear this introduction that has been heard at thousands of Mother’s Finest shows across the South, the U.S., and the globe, it means that folks are about to come out of their seats and be funked and rocked by a group that certainly knows how to do just that. After over fifty years on stage, you’d think the energy level logically would drop just a bit, and you’d be very wrong. Mother’s Finest brings it. Joyce Kennedy and Glenn Murdock can still light up a crowd.

Melanie Metallinos knows her Mother’s Finest. In her words, in Saturday’s show, “They absolutely brought down the house.”

Moses Mo, the band’s guitarist, and a founding member says the band was set to celebrate their 50th anniversary when Covid struck, so they’ve decided to do just that now. Crowd members reminisced about the multiple time they’d seen the band, including iconic appearances like Atlanta’s Champagne Jam. There was a balance in the crowd, however, as young fans turned out to need no introduction to the band’s material.

They may have roots in Ohio, but Atlanta has adopted Mother’s as their own. When asked what he’d like to say to their Atlanta fan base, Mo says, “Keep on coming! Atlanta has always been great to us, and we try and be great for them. We’ve still got music coming on; we’re still doing it, come on down and enjoy.”

With three certified gold albums under their belts, the band had no shortage of hits to choose from. Of course, Baby Love and Piece of the Rock wowed the capacity crowd, but so did every other song. Joyce Kennedy belts out their classics like it’s 1976 all over again. Dawn Hubbard said, “Baby Jean never disappoints with her vocals.” No one was disappointed with the driving rock and funk from drummer Dion Murdock, guitarist John Hayes, or bassist Juan VanDunk either.

The band was set to leave for a European tour just a couple of days after the Saturday show. Mo says they’ve been headed across the pond 2-3 times a year for nearly a quarter of a century. Never seeming to sit still, Mo has just released a new album with one of his side projects, Real Cool Band, called Drive-In. It’s available on all major platforms. As for his guitar playing holding up after all of these years, Melanie says, “He killed it with his solo. My 19-year-old son was mesmerized.” Stay tuned to the Southern Voice for a profile on Moses Mo, coming soon. The Buford Jam series has its roots way back in 1981. It’s hosted by local developer Marty Orr, coincidentally the week of his birthday, it started with three bands in a field with a bonfire. Last year. Marty put together an event featuring Derek St. Holmes, formerly of the Ted Nugent Band, supported by Seven Year Witch. It was a huge success, so this year Marty donated a large chunk of his time and reached out to local businesses for assistance to put together an even more significant event for the community. I think all in attendance would agree it was a huge success. Marty and his associates hope to be able to make it an annual event.

The Tannery is working toward being more of a concert venue. In the coming months, Foghat, comedian James Gregory, and John Schneider will be there for shows and some other familiar names under negotiation. Under the radar, they also generate a lot of donations for local charities. They keep events updated on their Facebook page. Manager Mike Neal says, “The goal for us is to kinda be the Gwinnett Roxy.” Actress Katey Sagal, of Married with Children and Sons of Anarchy, also supplied backing vocals on the same album

Mother’s Finest guitarist Moses Mo’s birth name is Gary Moore, the same as the Irish bluesman who was also once a member of Thin Lizzy

Actor Howard Morris only made five appearances as … END_OF_DOCUMENT_TOKEN_TO_BE_REPLACED